On September 8-10, acclaimed comedian Steve Byrne will take center stage at District Live. Byrne has established himself as one of the most reliable and versatile stand-up comedians over the course of his 20-plus-year career. He got his start making the rounds at prestigious clubs in New York City, including The Comedy Cellar, The Comic Strip and Gotham Comedy Club, breaking the record for most sets in one night -- 13. Over the course of his career, he has recorded a half-hour special for Comedy Central and four one-hour specials for Comedy Central, Showtime and Netflix. Along the way, he’s appeared on "Jimmy Kimmel," "Conan" twice, "The Late, Late Show" four times and "The Tonight Show" 10 times and in the feature films "Couples Retreat" and "Four Christmases." He also wrote, created and starred in the second Asian American sitcom on television, "Sullivan & Son," which ran for three seasons on TBS, and wrote and directed a semi-autobiographical feature film called “The Opening Act.” He also directed the acclaimed documentary "Always Amazing" and recently filmed his fifth special for Amazon Prime, "The Last Late Night," that will premiere in 2023. 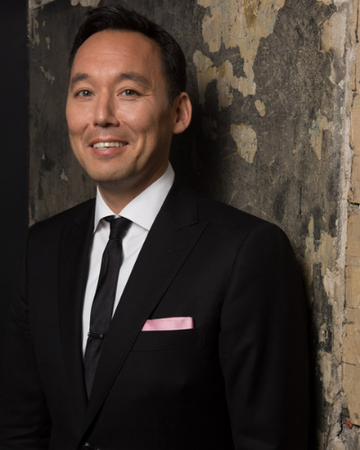