Whenever actress, comedienne and Screen Actors Guild award nominee Cocoa Brown takes the stage, the world stands still! Brown is undeniably one of the most talented comics and performers of this generation.

The Newport News, Virginia native, born Farah Brown, assails her craft with such passion and soul-searching veracity, when she claims a stage, the ensuing act is nothing short of a force of nature. This tour de force audaciously draws from painful reminiscences and hard-knock lessons, bravely weaving humorous tales that uplift, upend and upgrade everything you thought you knew about comedy. What is it that drives the comic who female fans nationwide have nicknamed "The Truth?" It’s the sheer will of a woman who survived the worst life had to offer and is still standing.

Being appropriately dubbed as a "comedy machine gun" by America's Got Talent judge Sharon Osbourne, she has received numerous awards including the DC Comedian of the Year after only a short time of stand-up and was handpicked by the family of Moms Mabley to receive the 2018 Moms Mabley Legacy Award. She is a fan favorite and has been all over the world touring regularly and has also been featured on the Showtime Network Shaquille O'Neal Comedy All-Stars as well as a featured performer at the 2018 Montreal Just for Laughs Comedy Festival. 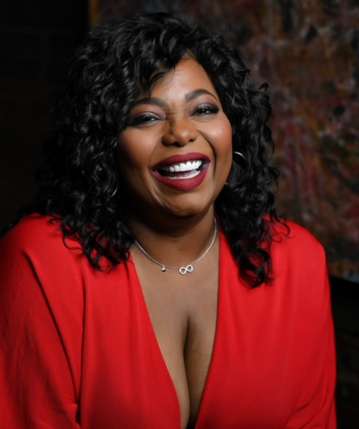